Every three years, Frankfurt hosts the International Trade Fair for the Meat Industry – otherwise known as IFFA. It’s the largest meat industry trade fair in the world, and this year a total of 860 exhibitors from 44 different countries are showcasing the latest in slaughtering, cutting, refrigerating, packaging, cleaning and maintenance.

We’ve dispatched two of our best to Germany to take it all in:  Senior Process Engineer Tim Fitzpatrick and Engineering Specialist Peter Finnie. They’re relaying back their learnings, which we’re turning into a three-part journal on the coolest exhibits and discussions at IFFA 2022. (Check out some of our previous IFFA diary entries here and here!)

Entry 1 covers the show’s opening weekend. Here’s what Peter and Tim nominated as their favorite things from each day (hint: plenty of robots and free food).

Today’s coolest thing is actually just a fact. Did you know that Hall 8 at Messe Frankfurt, where IFFA 2022 is held, is roughly 30,000 square metres? By comparison, the Brisbane Convention Centre at Southbank, is only 200 x 75m – so it’s really easy to get lost! Also, the Messe has 12 halls in total, most of which are just or slightly smaller than Hall 8.

Other great things I saw today:

On a completely unrelated note: alternative chicken tastes a lot like chicken.

On day one, the coolest thing I saw was this kebab assembly robot (see picture below).

The unit is composed of two small Staubli robots in an overhead frame which load skewers at two stations from meat and vegetables randomly placed on the belts. A camera and vision software orientates the robots’ tools when picking items from the belt. The system defects the position of the skewer point as loading continues and adjusts for any defection caused by the increase in weight during loading.

The demo model we saw was loading chocolate brownies and jubes onto the skewers which was very cool (and delicious). 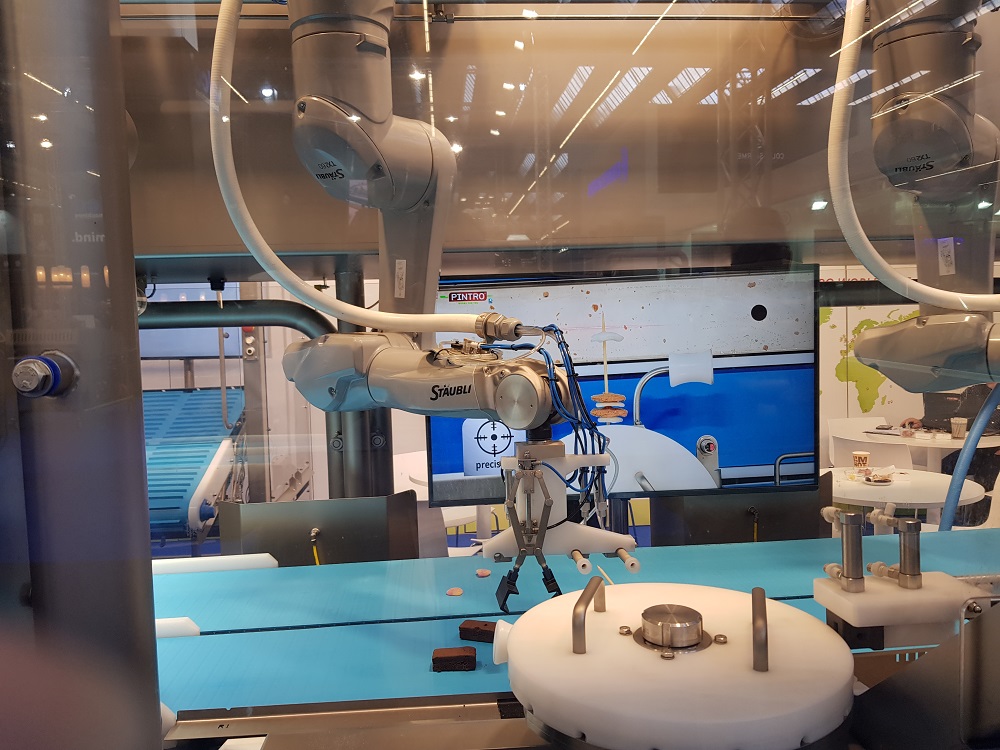 Without a doubt, the coolest thing from today was this robotic beef splitting saw developed by AiRA Robotics and on display at the Frontmatec stand.

It’s a large Fanuc robot that carries a very heavy tool that makes extremely precise cuts. It’s fitted with guide wheels that open while the tool engages and clamps either side of the spine as the cuts are made. Its impressive capabilities aside, I liked how menacing it was. 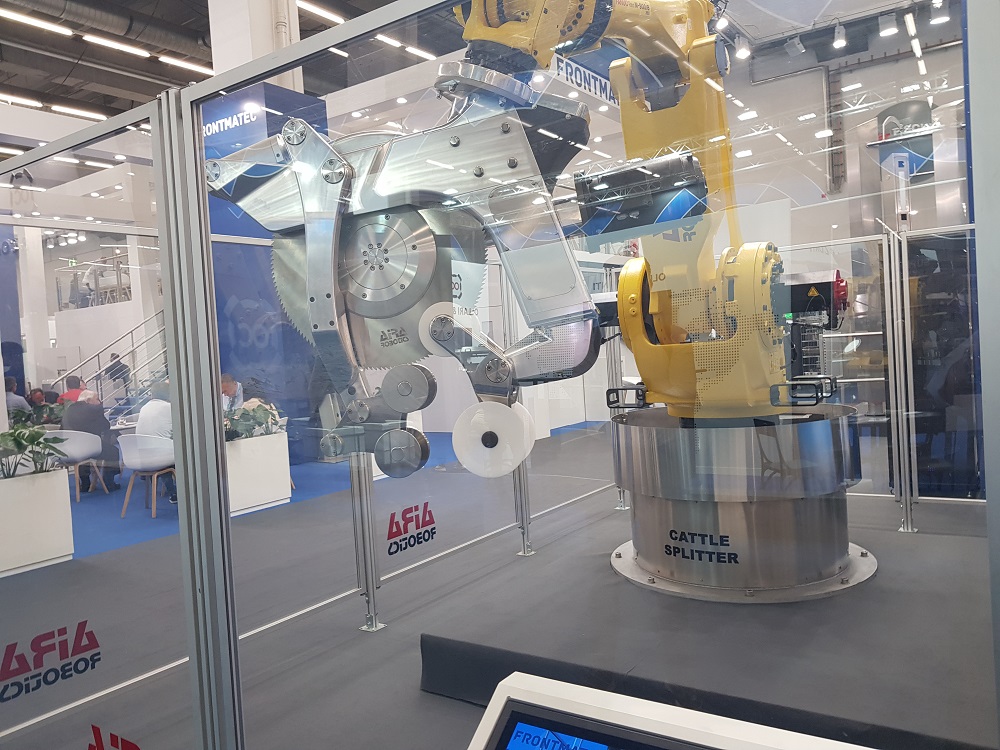 I really liked this prototype pneumatic tool from German company EFA. It’s designed to clean cut lines on dirty stock post-slaughter and works with its own drop pot vacuum system to boot.

There were some great displays of virtual reality, with one company who provides maintenance call-outs for their projects in remote locations using only VR. 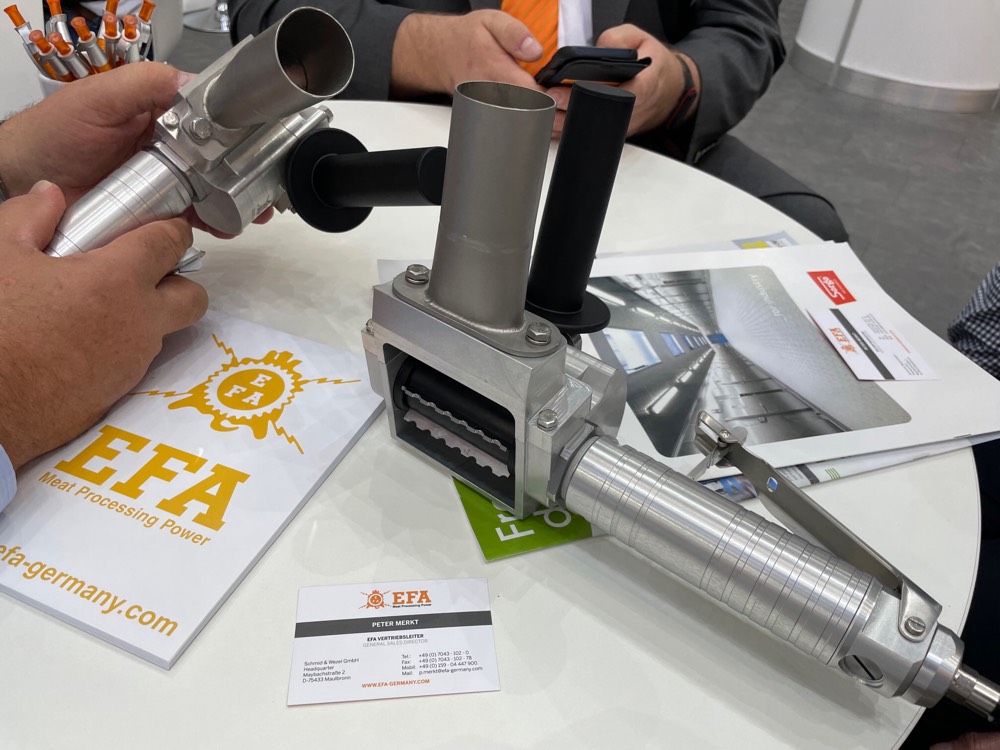 Check out our slideshow above for more images of our first two days at IFFA 2022, and stay tuned for more updates. 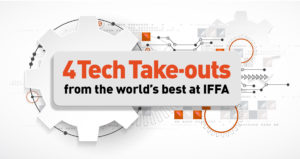 Four tech-takeouts from the world’s best at IFFA 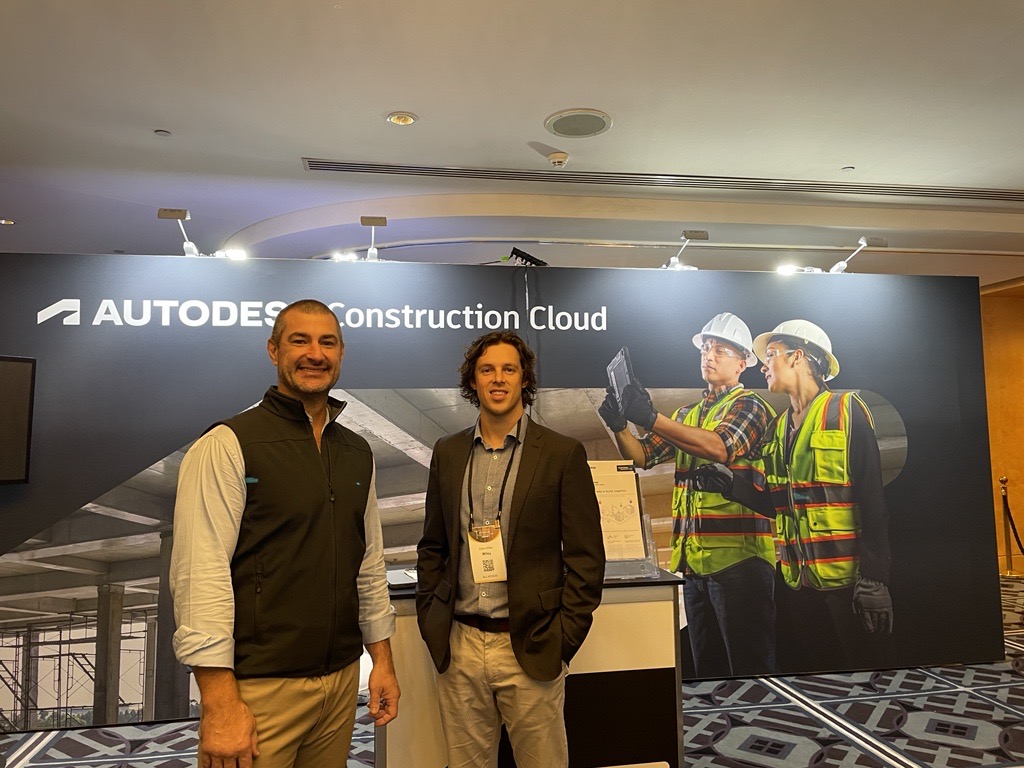 Three lessons from the Future of Construction Summit 2022 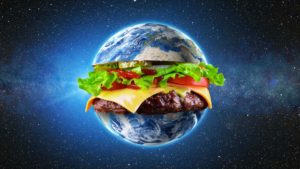 How do we keep the red meat industry, green?